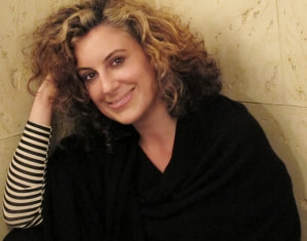 Comedy is a tough genre to crack.  In an effort to help aspiring screenwriters learn something new from the industry, I invited Kirsten Smith to share advice on writing for comedy.  Kirsten is a Hollywood screenwriter and also the author of the new novel, Trinkets .  She has a knack for crafting characters who make you want to root for them.  Her film credits include Legally Blonde, 10 Things I Hate About You, The Ugly Truth and The House Bunny.  Let's dive into the interview and soak up some knowledge from a highly successful screenwriter.

Can you share tips on how to braid humor into a story without causing it to feel forced?
Certain words are just funnier than others.  I learned this while writing on a sitcom.  If you watch sitcoms, you can see that sometimes they’ll get cheap laughs by using a word like “vagina.”  So watch sitcoms and really listen to how jokes work, see what words and situations play.  Also, physical comedy is not that exciting to read on the page, but it always works and is appreciated.  It’s your job to make physical comedy feel as funny and active as possible.  Sometimes, capitalizing certain words and breaking it up a bit can help make it feel more active (Instead of “She falls down” something more like: “She trips and – BLAM -- goes down hard right on her ass”).

What are some do's and don'ts of writing dialogue exchanges in a comedy script?
DO's:
▪ Characters asking questions.
▪ Create rhythm with staccato exchanges on occasion.
▪ Make sure your scene contains a plot point.
▪ End a scene on a joke.
▪ If you have a choice between putting a funny word like “poo” in the middle of a line or at the  end, put it at the end.
▪ Read some of the great writers on the page – Billy Wilder, Mamet, Woody Allen, Nancy Meyers, depending on your genre – or if you can, watch some of your favorite scenes and write down the exact exchange verbatim.  Having their words come out of your pen or typewriter will empower you, and you’ll also learn how it FEELS to have written a great exchange; when you set about writing your scene, you’ve already written a Billy Wilder scene, so you’re already that much more confident. Make Billy the angel on your shoulder.

DON'Ts:
▪ Indulge yourself with long back and forth statements.
▪ Have multiple monologues throughout the script.

What storytelling advice can you give to novelists who are crossing over to screenwriting?
This one’s hard for me because I’m a screenwriter who crossed over to also writing novels.  With my novel TRINKETS, I outlined it as best I could like a screenplay, but it challenged me because with a book, you have to WRITE so much more.  You can get away with so many more short cuts in screenwriting.  So, I guess I’d say to a novelist crossing into screenwriting…write less.  And also read tons and tons of screenplays.  If you can get to a point where the craft issues feel somewhat innate, then you’re on your way. But frankly, that confidence of craft really only comes once you’ve written about 4 or 5 screenplays.  So that might be another piece of advice:  write 4 or 5 screenplays and ask people to read them and if they don’t work, ask them why, and then take those lessons and either really commit to a major rewrite…or if the concept is just not big enough, move on to a new idea and write a new screenplay. 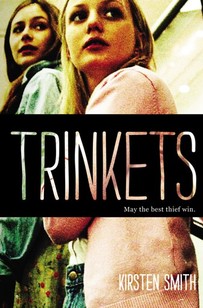 Based on your years of experience co-writing popular comedy scripts, what do you  think are the key elements to maintaining a successful writing partnership?
I think complimenting each other’s writing or ideas is very important.  After all, you’re writing with this person because you respect them and their talent. Laughing a lot and having fun, teasing and joking around with each other is good. And if you do reach an impasse in a debate (which always happens), and neither of you is bending, be the bigger person to drop it and say, “I don’t agree, but let’s move on and do it your way for now.”  My partner Karen's very good about doing that.  Chances are, your partner will do the same on the next battle.  Like any relationship, it’s a give and take – and if you lead by giving, it will come back to you.

What inspired you to write TRINKETS?
For years I’d wanted to write a movie about a group of girls who meet in Shoplifter’s Anonymous and decide to plan a heist.  It kind of floundered around in various different screenplay iterations, then I pitched my publisher the idea as a book, and they loved it. I proceeded to write a draft of it…and realized how much I sucked at plotting a heist. I was much more comfortable in relationship comedy/drama territory, so I modeled it more in the BREAKFAST CLUB vein, and thus it became TRINKETS, a novel about a group of girls who meet in Shoplifter’s Anonymous and through their unlikely friendship, end up changing each others lives for the better. Trinkets is available at Amazon and Urban Outfitters stores. You can follow Kirsten "Kiwi" Smith on Twitter @kiwilovesyou or find her online at Kiwi Loves You.