The Script Joint is an award-winning script consulting and editing company. It was founded by Ellexia Nguyen, a script doctor/ghostwriter. She started out in the industry as an apprentice TV series editor at Concorde-New Horizons and also as a music video editor for Women of Wrestling Entertainment. Later, she branched out as a script consultant-editor for film producers and directors. Some are members of the PGA, WGA, and DGA, while others are book authors, playwrights -- and filmmakers who are based in Europe.

Shortly thereafter, Ellexia's clients began hiring her to either ghostwrite scripts based on their synopses or co-ghostwrite scripts for them to pitch to investors and companies such as Lionsgate, HBO, Netflix, and Paramount Pictures. One was a supernatural thriller that landed her client a deal with Netflix. Another script (a dark comedy) that she rewrote for a film producer later got picked up by Creative Artists Agency.  She also script doctored a gritty crime drama that got picked up by Fulwell 73, a London-based production company. She has worked on a variety of writing projects - film/TV scripts, TV series bibles, stage plays, and novels.

Some of Amazon's best-selling authors also bring her on to co-ghostwrite their novels and adapted screenplays -- fiction and non-fiction. Some of them include supernatural thrillers, faith-based dramas, zombie horrors, sci-fi horrors, rom-coms, gritty war dramas, and crime dramas.

When needed, she also designs digital film investment pitch decks for clients. One of her design projects was to create a pitch deck and teaser poster for a childhood friend of filmmaker Spike Lee. ​Education-wise, Ellexia has a B.F.A. in film/TV production from Chapman University. She is also an alumna of UCLA TFT Screenwriting Program.

"Great notes for my short horror, thanks to the genius of Ellexia..." - Kelly K.

​"As we both know, making movies is a collaboration of many.  I want you to know, your professional work on my stories is a part of that collaboration... You have saved my a - - many times." - D.L.

"Thanks for the pro and stellar script coverage and advice. You've got major talent in this area." - Ben R.

“You are the first person I have EVER sent my work to for a professional evaluation, and it has been a great experience both times!  Your insights are quite acute and helpful.” - Anthony J. 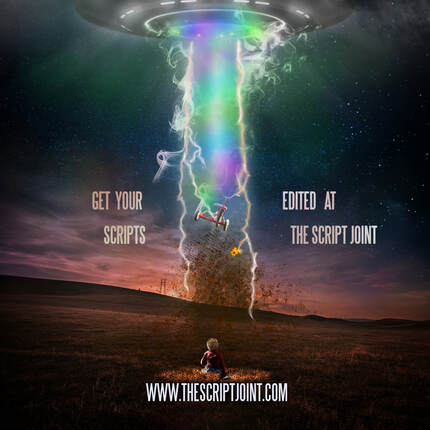 A business’ success is largely down to the collective effort of all of its employees, however, the role played by its leaders – especially in this on-going challenging corporate environment – is a critical factor, and our award winners prove that in times of economic turmoil, good leadership is the difference between surviving and thriving.

As such the 2016 Boardroom Elite Awards showcase the most respected companies and their C-level executives, while recognizing and rewarding outstanding success, innovation and ethics across America’s business communities

Kate Howells, Awards Co-ordinator, said: “A businesses success can be contributed to a vast number of factors, but ultimately it is the decisions and hard work of the firm’s executives that helps steer the company in the right direction. As such I am proud and honored to turn the spotlight on our deserving winners.”

All winners for the awards were the result of months of research and analysis from Corporate America’s dedicated awards team. As a result, each and every winner was chosen on merit only, and can take great pride from the fact that they were selected for their success.

Our screenplay coverage team consists of script readers who have written coverage for companies such as AMC Programming, Cota Films LLC, ICM, Sheree Guitar Entertainment, and APA.  All of our script readers have received glowing recommendations from industry professionals such as Executive Producers, Directors of Development, Creative Execs and many more. If you want to get candid and useful script feedback, submit your scripts to us for coverage or script notes.﻿ Below  are  some of the testimonials from  our many clients. More can be found on the script coverage page.

"I really digged and appreciated that well-written synopsis you did for my script. It starts with a bang and does not let go, very powerful... the opening of the synopsis is stunningly awesome." - Ben R.

" Great editing job. You shortened it by a whopping 18 pages, and it took absolutely nothing away from the story! That is a gift." - Greg W.

﻿﻿Join Our Newsletter﻿﻿
Be the First to Know.
Get Story Pitching Tips and More.