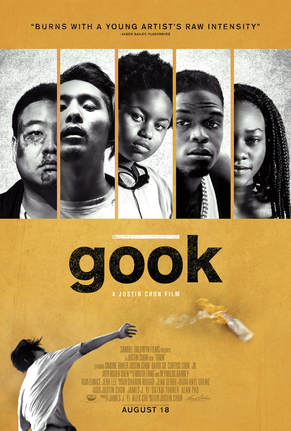 A Film by Justin Chon
Q&A with Justin Chon, Sundance-winning Director of  "Gook"
By Ellexia Nguyen | 08.06.17

Gook tells the story of two Korean American brothers, Eli (played by Justin Chon) and Daniel (played by David So), who are faced with the dilemma of either staying behind to protect their shoe store from looters or abandoning it. The story is set in Paramount, California, on April 29, 1992, the same day the L.A. riots erupted and the Rodney King verdicts were announced.

The two brothers must make a life-changing decision, all while trying to keep an 11-year-old African American girl, Kamilla (played by Simone Baker), who’s been helping them in the store, out of harm’s way. ​

The film won the NEXT Audience Award at the Sundance Film Festival this year and got picked up by Samuel Goldwyn Films for distribution. I had the chance to interview Justin Chon, who wrote, directed and starred in the film. He is best known for his supporting role in the Twilight franchise.

First of all, congratulations on winning at the Sundance Film Festival. How does it feel to know that your film got picked up by Samuel Goldwyn Films?
Thank you. It’s incredibly wonderful, because they’re known for distributing great films. They’ve been very supportive through this whole process. It’s just really great to know that they believe in this film and feel like it’s worth putting in theaters and presenting to a wider audience.

What inspired you to pick this story premise?
Well, my dad had a store in Paramount during the Los Angeles riot and we got looted on the last day. I just felt that it was important that a Korean perspective was presented regarding this event, the ’92 riots. I’m excited to see whatever film or documentary that comes out in addition. But I think I'd feel incredibly guilty, having experienced the riots, if I didn’t tell a story about the event through my perspective.

How did you convince the producers to go on board?
I had worked with James Yi several times. And he’s just really gangster – he can do any job. He’s actually the one that pushed me to do the film when I was the one that had hesitations. Alex Chi, I had worked with on another project and he thought it was a great idea.

Which director out there would you say most influenced you and inspired you?
I’m just such a fan of so many films. I love Ramin Bahrani and Sean Baker. They have very neo realistic ways of telling stories. And obviously, you can’t talk about race in America without being influenced by Spike Lee. I’m of that nineties generation like John Singleton. Those films shaped me. And so, I’m just a lover of film. I’m just an amalgamation of all the thousands of films I’ve seen. There are aspects of a lot of random stuff in my film.

​When you were on the set, did you have to do any rewrites on the fly?
​Yeah, a little bit. I also had two editors on set editing while we were filming. I would tweak things here and there, but there were no huge structural changes.

About how many drafts did you go through before you decided to finally shoot the film?
​I think seven or eight drafts.

Out of the three roles (directing, writing, and acting), which did you find most challenging and why?
Probably the writing because that aspect of filmmaking is the most newest to me. Also, crafting a story and having structure and your character development and arcs -- it’s something that I’m still definitely in the developmental phases. That was the most difficult part, because writing alone is very stressful and you’re very lonely. It’s hard when it’s just you in a room trying to create something out of thin air. 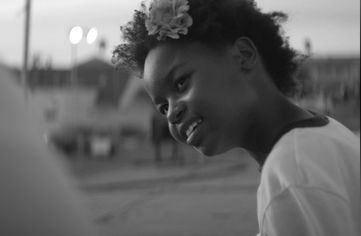 Actress Simone Baker
Can you briefly talk about your experience directing actress Simone Baker?
It’s incredible. We found her at the Fernando Pullum Community Arts Center in South Central Los Angeles, and it’s her first movie. She had this gravitational pull and sort of this aura that 's just, you know, really attractive. And she’s just a bright light. I was really excited that I was able to work with her. The most fun part was just spending time with her and talking about stuff, and going through each scene and helping her understand why it was important and also, you know, the social significance of things. Her mom really helped us out a lot with letting her know more information and also after very hard shoots, helping her decompress. I really enjoyed my time with her. I spent a lot of time teaching her how to skateboard. It was incredibly rewarding, and I’m just so happy that people love her in the film, because she deserves it. I’m really excited to see what she does in her career.
​
Do you see yourself focusing more on screenwriting and directing?
I started on a TV show for ABC called “Deception,” airing in the fall, and I’m still acting. That’s my first love. I have a few projects in the works. I got hired to do a book adaptation, and I’m doing that. Also, I’m writing two originals so I’m starting to take one out now to the town, and we’ll see if someone wants to help me make it.

Who is your favorite screenwriter?
I love everyone. I also come from an acting background. I think until now, I really write scripts with the mind of an actor and rather than a piece of standalone work. I just love the intentions and sort of naturalness, real low key. Because I just love his plays as well – Kenneth Lonnergan. Kenneth's “You Can Count on Me” is one of my favorite films. 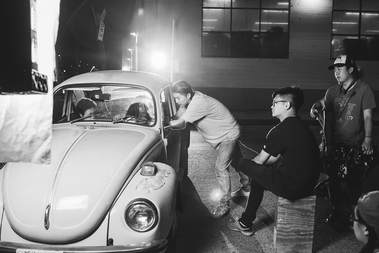 Actor-Writer-Director Justin Chon on the set of "Gook."
​If you could give your best advice on directing, what would it be?
There’s so many different types of directing. But I would say take an acting class, because then it gives you tools to understand how actors work and how to be able to talk to them and be able to get the performance that you want. Also, talking to people in a way that you can get what you want but also including them, so it’s not like a dictatorship. I think it’s a collaboration so you really need everyone on your side. And it needs to be a more synergistic relationship. I think that’s really important. You know, really having patience, because things will go wrong. It’s a fact with filmmaking, and it’s how you handle that situation that’s really gonna affect the mood on the set and how much people are going to be there for you. So, you know, basically treat people with respect.

​What kind of message do you want people to take away from the movie?
It’s supposed to be thought-provoking. I hope that people have conversations about their views and opinions about things. But also know that, you know, even in the hood, interracial friendships can exist.

Gook  will be released on August 18 at Regal L.A. Live Stadium and Archlight Hollywood. A week later, on August 25, the movie will play at Regal theaters in major cities nationwide.

This interview has been edited for clarity and length.