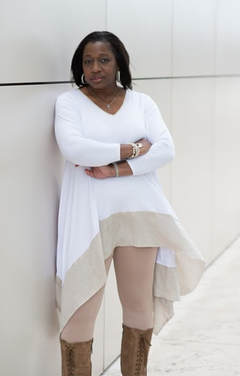 There are countless scripts that pass through the hands of producers before they end up in the hands of A-list actors. In your opinion, what roles or stories are A-list actors most interested today?
​​In my experience and the experience of my friends, actors still respond to great material.  In other words, it always starts with the written word. Well-written, interesting, unique characters, navigating challenging experiences that stretch an actor's ability are always going to get the interest of talented actors. Flawed characters they haven’t explored before are always a plus.

From a producer’s perspective, how well does creative nonfiction (movies based on real life stories) do in the film/TV industry?
Interest in biographical narratives, from actors and audiences, seems to be cyclical.  The key is to find compelling and fresh ways to structure your story.  That’s the way to set your story apart.  At this point, there have been a lot of well-done biographical films for feature release and television.  Simply depicting a challenging childhood, creative or physical genius, and an unfortunate ending isn’t enough.  It’s been done… and done.

A new writer doesn't have the experience to do that.  A new writer can become part of a writing staff, however, and learn the process of becoming a showrunner so that one day, he or she can sell his/her own shows.  Another option, is to get a potential showrunner interested in your idea and convincing him/her to partner with you.  But most showrunners have their own ideas they’re trying to sell, so this is difficult, too. 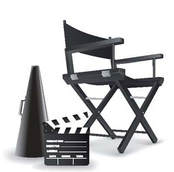 Is there a director who you’d love to team up with but haven’t had the opportunity to do so?
I’d like to work with directors from whom I can learn and, most importantly, can elevate my material. I'm a huge fan of F. Gary Gray. I am a big fan of Spike Lee, as well – I love the shape of his career and all the chances he’s taken.   I really like Ben Affleck as a director. David Fincher and Steven Soderbergh are pretty much gods.  On the television front, Kevin Hooks and Paris Barclay are pretty damn impressive!

Currently, I’m in the middle of shooting a really cool drama pilot for BET Networks.  It’s called THE YARD and it’s about life on the campus of a historically black university as it gets its first woman president.  I co-created it with my long-time friend and frequent collaborator, Charles Holland. We had so much fun writing the pilot, so we were thrilled to get the pilot greenlight call from BET.  Now, we’re shooting it in Atlanta and then we’ll wait to hear whether or not it will be ordered to series. Wait, wait, wait. In television, specifically, you pitch an idea to a network, channel, or digital outlet, if they say, “Yes, we like it,” they pay you to write a pilot script.  Then, you wait for them to read it.  If they like it, they say yes and you get to shoot your pilot.  Then, you wait for them to screen and test the pilot.  If it tests well, then you finally get an order for the series.  Then, when your first episode airs, you hold your breath again and hope that people watch it and critics like it.  Half of my career has been spent waiting and the other half, holding my breath. 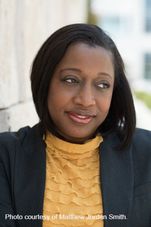 Felicia D. Henderson
I’m also writing a feature film that I will direct that’s semi-autobiographical, and I’m adapting a comic book I optioned, called FALLEN ANGEL. I’m still a fan girl at heart, so when I approached Peter David, the book’s creator and he said yes, I screamed with delight… very loudly. I’ve loved this book for a long time. I’m excited about adapting it.

​​Felicia D. Henderson holds a PH.D.  in Cinema and Media Studies from UCLA.  She received the UCLA School of Theater, Film and Television’s Alumni Achievement Award in 2010.  In addition to being a member of the Diversity Committee for the Sundance Screenwriters Lab, Henderson is a trustee for the Humanitas Prize and a mentor for the Humanitas Prize New Voices program.  She is also an Honorary Board Member of Los Angeles based Coalition for Restoring At-Risk Youth and a Board Member of Dancing for N.E.D. (a non-profit that raises funds for the treatment of women’s cancers).